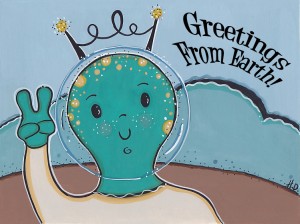 © Holly DeWolf- Greetings From Earth!  Today was the 66th Anniversary of the Roswell Alien incident. It became a big topic so we decided to focus on aliens, Roswell, famous aliens on film and cartoons. Todays Google Doodle paid homage to it.  What we learned about Aliens:• The first recorded sighting was in Italy in […] 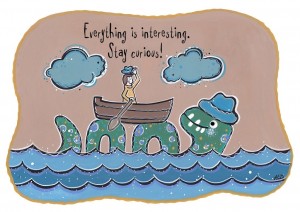 © Holly DeWolf- Nessie!  Today the girls wanted to learn about the legend of the Loch Ness Monster. Nessie is really interesting as the girls found out through pictures and claimed sightings that go all the way back to the 1930’s. Even though nothing has really proven Nessie’s existence, my girls still believe! What we learned […] 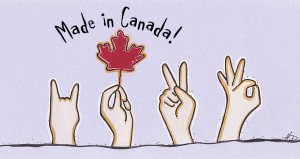 © Holly DeWolf Today we focused on the fine country we live in and it’s birthday! Sadly it rained for the majority of the long weekend. The sun did came out for a short while so we took advantage of it and got out of the house. We attempted to watch fireworks tonight but ended […]

Hi, I'm Holly DeWolf and I am an illustrator, author, mentor, blogger, mum and coffee drinker. I like to make visual impressions and push ideas. Read More…